An internal squabble between the leadership of the APC in Enugu on one hand and its national officers in Abuja on the other, over funds administration has further reduced the near-comatose status of a political platform that is barely struggling for existence despite affiliation to a national ruling party.

The Enugu State chapter of the All Progressives Congress (APC) has not been able to find its feet in the politics of the state since it entered Nigeria’s political field. It participated in the local government election in 2014 and lost while its participation in the general election of 2015 was also woeful.

Although it has achieved for itself, a role as a leading opposition party in Enugu, this is not necessarily as a result of its acceptance by the people as it is due largely to its winning the presidential election of 2015.

Read also:‘We are in recession because APC is clueless’

Facts on ground indicate that two years after, the APC’s presence is still not felt in some local government areas of the state, even as the party headquarters in Enugu can hardly be adjudged as the state headquarters of a party that controls power at the centre. The weather-beaten building with offices that lack furniture and other equipment is in dire need of rehabilitation to give it a semblance of a party that runs a government.

Soon after the fresh registration occasioned by the crash in its data bank in the Southeast zone, where new entrants in the likes of former Senate President, Ken Nnamani, former governors Jim Nwobodo, Sullivan Chime, Joe Orji, former Speaker Eugene Odoh, Business Moguls, Baywood Ibe, Samuel Onyishi, Chief Gbazuagu Nweke and many others joined the party, crisis has refused to leave the leadership of the party in the state.

The bone of contention includes funds that accrued to the party during the 2015 general elections and the manner of administration of the party among others. It was gathered that from donations and purchase of expression of interest and nominations forms for various political offices in the last general elections, the state chapter raked in over N22 million into its coffers.

A segment of the party led by the Deputy Chairman, Adolphus Ude, which claimed it had made several attempts to know how the money realized were spent after the elections to no avail, had raised a petition to the National Chairman, Chief John Odigie-Oyegun and others, accusing the State Chairman, Chief Ben Nwoye, of misappropriation, diversion and non-transparency in the running of the affairs of the party.

While the matter raged, those who authored the petition were suspended from the party at the behest of the chairman. On Monday, July 3, Ude led the suspended and aggrieved members to the party’s secretariat; held a brief meeting and thereafter announced the suspension of Nwoye from the party.

They had catalogued Nwoye’s sins to include lack of transparency, mishandling of party funds, highhandedness among others and appointed Ude as acting state chairman while waiting for the outcome of the committee they would set up to look into the allegations leveled against Nwoye.

The following day, July 4, Nwoye gathered the rest of his executive members at the same venue and in what looked like a counter-action, announced the “expulsion” of Ude from the party.

The group also announced the suspension of eight other members including the state woman leader, Queen Nwankwo and the Financial Secretary, Sydney Eze.

They were accused of invading the secretariat and announcing the removal of the state party chairman in a coup d’état fashion and carted away vital party documents including financial records on Monday, July 3, 2017.

The meeting also accused the Senior Special Assistant to the President, Mrs. Juliet Ibekaku of “funding the destabilization of the party structure to suit her political aspirations,” and gave assurance that she would be disciplined when the committee investigating her role in the problem submits its report.

Few days after the meeting, the state caucus of the party also met and converted Ude’s “expulsion” to “suspension.” They said the state executive lacked powers to expel a member but went further to uphold sanctions placed on those working with him (Ude) and asked them to appear during the next meeting of the caucus where their matter would be discussed. Since then however, a meeting of the caucus is yet to be convened.

While waiting for the meeting, a committee set up by the headquarters visited Enugu to conduct the congress for election of delegates to the national convention of the party. All those “suspended” and allegedly working against the interest of the state chairman were removed from the list. This led to a parallel list by aggrieved members, which was allegedly brought before the Minister of Foreign Affairs, Geoffrey Onyeama who is the leader and highest-ranking official of the party in the state.

Onyeama had summoned a meeting in his office at Abuja, where he called for truce in the matter. He deplored the gale of suspension and expulsion in the state chapter of the party, stressing that such would not impact on the development of the platform.

In what has been interpreted as tilting towards the aggrieved members, he had identified lack of transparency in handling of the funds of the party and inability to include some party chieftains in the delegates list to the national convention as responsible for the crisis. He therefore told the stakeholders that, despite the approval of the list from the congress by the panel, it should be harmonized with the other list brought by the aggrieved members to include everybody.

The intervention of the Minister is the last straw that has broken the camel’s back and currently fuelling the threat for his expulsion from the party by the state chairman, Nwoye. 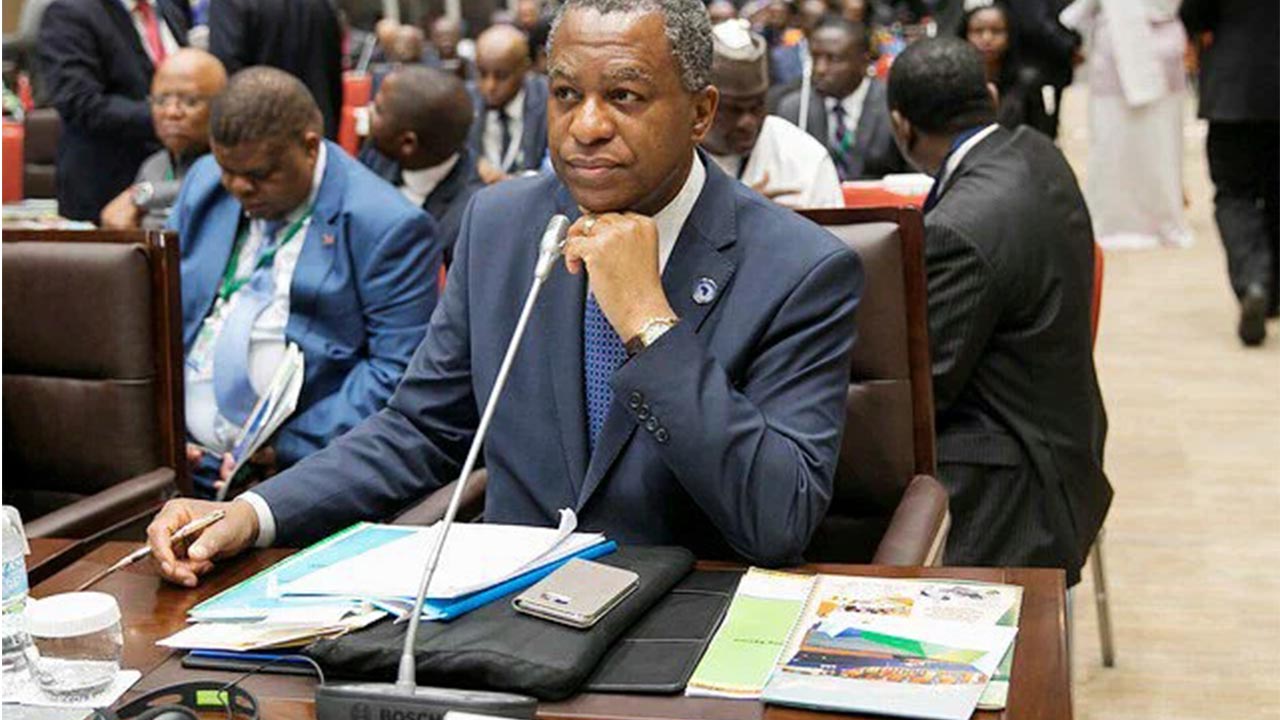 Nwoye, who spoke to the media shortly after it became public that the
Minister had intervened in the crisis, accused him of “doctoring the party’s delegates’ list”, as well as attempts to further undermine the constitution of the APC.

He said: “Now that the minister has admitted that he indeed doctored the party’s delegates’ list, we shall look at it. The punishment for such offence is expulsion from the party, if he is indeed the one that said that, he is liable for expulsion and possible prosecution. It goes to the heart of our democracy that those who participated in an election will have their names replaced.

On the election campaign fund, Nwoye said the Minister had no “moral right” to speak on the matter as according to him, “he was not even a member of the party as at the 2015 election; neither did he contribute a kobo to the exercise.

“The minister neither campaigned with us nor contributed a kobo to the campaign fund. He does not even know the source of the fund. To now sit and assume the post of “Auditor in Chief” of the party, he is just making mockery of himself. He misplaced these issues. He is the chief sponsor of this crisis.

“The Deputy Chairman led a coup d’état and invaded the party secretariat and this same faction, led by A.C. Ude is what the Minister is working with, holding nocturnal meetings with them here and there.”

Political watchers in the state are wondering why the state chairman is averse to peace overtures and intolerant of those calling for transparency and accountability in the running of the party. Many insists that the attack on whoever inquires about the administration of the party may probably lent credence to the notion that all is not well with the finances of the state chapter. They also insist that the inability of the APC to advance in the state is rooted in intolerance and greed of few elements running the show the way they wished.

A group of concerned members in the party in a statement accused Nwoye of “becoming a sole administrator and running down the party through his actions and utterances.”

The statement made and signed by Chief John Ugwu, condemned the attack on the Minister, whom they said was only interested in promoting peace, unity and development of the APC in Enugu state.”

They told Nwoye: “If you think that running down anybody that asks about the party fund and administration will protect you from the law, then you are missing the point. APC is not your father’s property and the earlier you realized that there is probity in every dealing, the better for you.”

They added: “It is shameful that after four years in the saddle as chairman, you cannot boast of even a councilor from your own ward which you produced for the APC and you still sit to answer a state chairman. It is unfortunate and we think you should retrace your steps.”

While the matter rages, the party has slated September 11 for local government election primary. It is hoped that the festering crisis will not rub off on the chances of the party at the council poll billed for November this year.

Lagos House Of Assembly, Speaker Dragged To Court By Ambode