US President Donald Trump has given Chinese stocks a boost by announcing that he’ll delay a major tariff hike to give the two countries more time to reach a trade deal.

Stocks in Shanghai surged more than 4% on Monday following Trump’s comments on Twitter in which he said trade negotiators had made “substantial progress.” Trump said he will meet Chinese President Xi Jinping “to conclude an agreement” if the talks continue to advance.
Chinese stocks took a beating last year from fears about the country’s economic slowdown and its trade war with the United States. They have rallied since the start of 2019, in part because of rising hopes of an end to the damaging hostilities between the world’s top two economies. 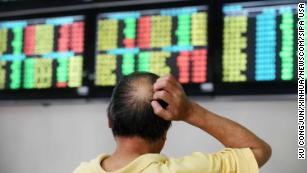 China’s stock market had a terrible 2018. This year could be a lot better
“I can almost hear the collective sigh of relief in the region this morning,” Jeffrey Halley, an analyst at online broker Oanda in Singapore, said in a market commentary. He noted that other Asian economies are “so closely tied to the fortunes of China now that ripples are felt far and wide.”
Stock indexes in Tokyo (N225) and Hong Kong (HSI)posted modest gains of less than 1%. But they were dwarfed by the jump in mainland China.
The benchmark Shanghai Composite (SHCOMP) leaped 4.3% in early afternoon trading, while the closely watched CSI 300, which tracks stocks in Shanghai and Shenzhen, soared 4.6%. That lifted it into bull market territory, which is commonly defined as a rise of at least 20% from a market’s recent low.
Both the main Shanghai indexes plunged into bear markets last year, a drop of at least 20% from a recent high. 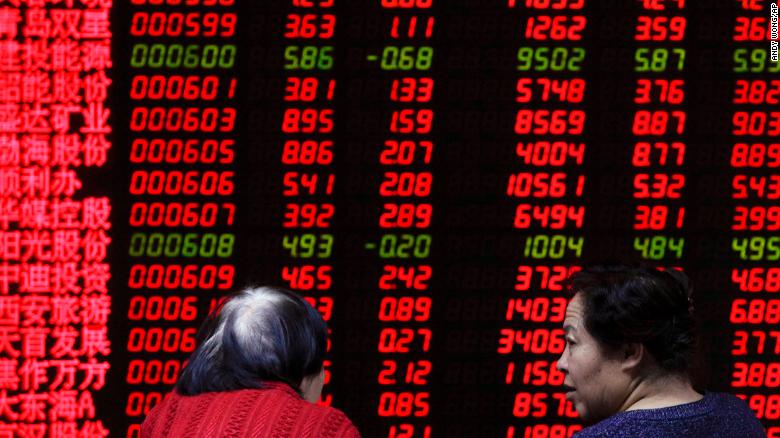 Fears over the trade war and China’s economic slowdown have had a major impact on Chinese stock markets.

The United States and China started imposing heavy new tariffs on huge swathes of each other’s exports in July, alarming investors and disrupting companies’ operations around the world.
The US government was due to hike tariffs on $200 billion of Chinese goods from 10% to 25% on March 2 if the two sides were unable to reach a deal before then.
“The tariff suspension and increased likelihood of a more lasting agreement should be a positive for international trade and business in both countries, as well as the global economy more generally,” Louis Kuijs, head of Asia economics at research firm Oxford Economics, said in a note to clients on Monday. 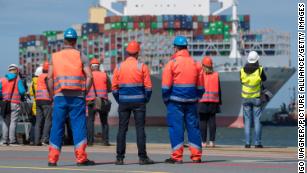 Trade fights are pushing the global economy ever closer to the edge
Trump didn’t specify what the new deadline for raising tariffs would be or when he is likely to meet Xi. He said the meeting would take place at his Mar-a-Lago resort in Florida.
Kuijs and other analysts cautioned that investors shouldn’t get carried away, pointing to the challenges Beijing and Washington face in reaching agreement on complex issues including China’s industrial policy, intellectual property protection and the transfer of technology.
“This is clearly not the end of the negotiations, let alone the underlying tension between the two countries,” Kuijs said.
“We don’t expect the existing tariffs to be reduced any time soon,” he added. “It is also not clear whether there will be any significant reduction in other US restrictions in the area of technology or a change in its stance on Huawei.”
The US government is trying to persuade allies to shut Chinese tech company Huawei out of super-fast 5G wireless networks, citing security concerns. US prosecutors have also indicted Huawei on criminal charges, including theft of trade secrets and sanctions evasion. The company denies all the allegations against it.

PDP TO BUHARI: We’ll give you good run for your money

81 Motorcycles Impounded By Task Force On Restricted Routes In Lagos

EG LNG Celebrates The Loading Of Its 700th Cargo