His death was announced on Twitter today by South Africa’s minister of arts and Culture, Nathi Mthethwa.

“A baobab tree has fallen, the nation has lost a one of a kind musician with the passing of Jazz legend bra Hugh Masekela. We can safely say bra Hugh was one of the great architects of Afro-Jazz and he uplifted the soul of our nation through his timeless music”, Mthethwa tweeted. 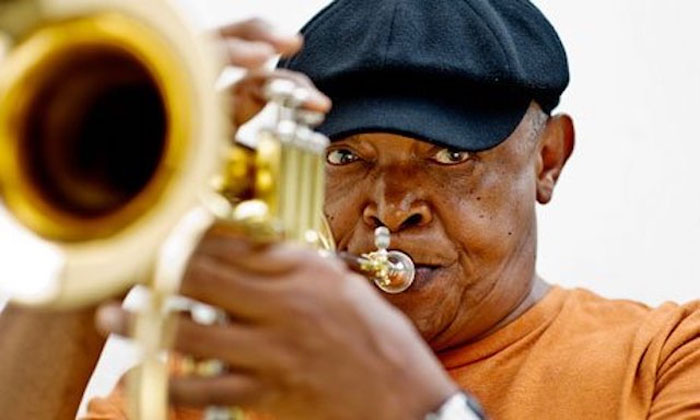 Masekela’s was introduced to the trumpet in 1954 when he got it as a gift from another Jazz legend, Louis Armstrong.

His classic, Grazing In The Grass topped the Billboard Hot 100. He was the first African male Grammy nominee (1968). He won the Lifetime Achievement Award at the CHOMVA, Ghana Music Awards, Jazz FM Awards and MAMAs

‘Open Like Never Before’ Campaign Launched By Coca Cola

Why no rational Igbo man will support APC—Chekwas Okorie

PRESIDENT BUHARI GREETS QUEEN OF THE TUBE, JULIE COKER AT 80