President Muhammadu Buhari has signed an extradition treaty with the United Arab Emirates (UAE), as part of efforts to rid Nigeria of corruption.

The President, who signed the treaty on Thursday in Abuja, also ratified three other agreements covering legal assistance in criminal, civil and commercial matters, and extradition. 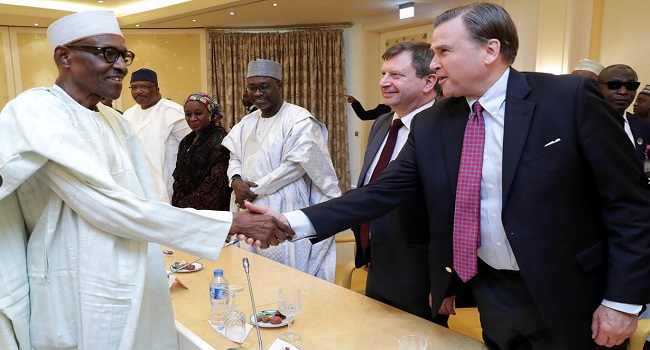 President Buhari described the development as an important step towards the delivery of the nation’s anti-corruption and economic diversification vision.

The President gave the hint via his twitter handle and directed all relevant government agencies to commence immediate implementation of the agreements.

In a similar development, the President signed the instruments of ratification of five other agreements.

They include the “Charter for the Lake Chad Basin between Nigeria, Cameroon, Central African Republic, Libya, Niger and the Republic of Chad”; as well as the ‘African Tax Administration Forum Agreement on Mutual Assistance in Tax Matters”.

The fifth agreement signed by the President was the “Marrakesh Treaty to facilitate access to published works for persons who are blind, visually impaired or otherwise”.

“Today’s ceremony marks a very important milestone in our demonstration of sovereign capacity to fulfill our international obligation and take important steps for the benefit of the economy, security and anti-corruption war within and outside Nigeria.

“It is my hope that these instruments which I have signed today will reinvigorate the anti-corruption war and check the illicit flow of funds out of our country to other jurisdictions, improve national security, food security, boost our economic and tax regimes and improve the overall well-being of our creative community,” the President said.

Building Information Modelling (BIM) – The Need Of The Hour –...

Buried For 50 Years: Britain’s Shameful Role In The Biafran War

No Rift Between Executive And Legislature – Saraki

Oyetola Swears In 2 New Judges Of Osun Customary Court Of...